Flights of Fancy is a new series of prints inspired by poems about birds. As in my previous work, the prints are not illustrations but use the poems as a starting point.

The full series of prints  was exhibited at The Exchange Gallery , Saffron Walden in August 2016 and the first three had already been shown at the 2015 Cambridgeshire Open Exhibition where First Flight was awarded a Top Twenty in Show prize. Subsequently The Wind sall blaw for evermair was also awarded Top Twenty at the 2016 Cambridgeshire Open Exhibition

In addition Flights of Fancy was shown at the Cambridge Original Printmakers Biennial show in September 2016. 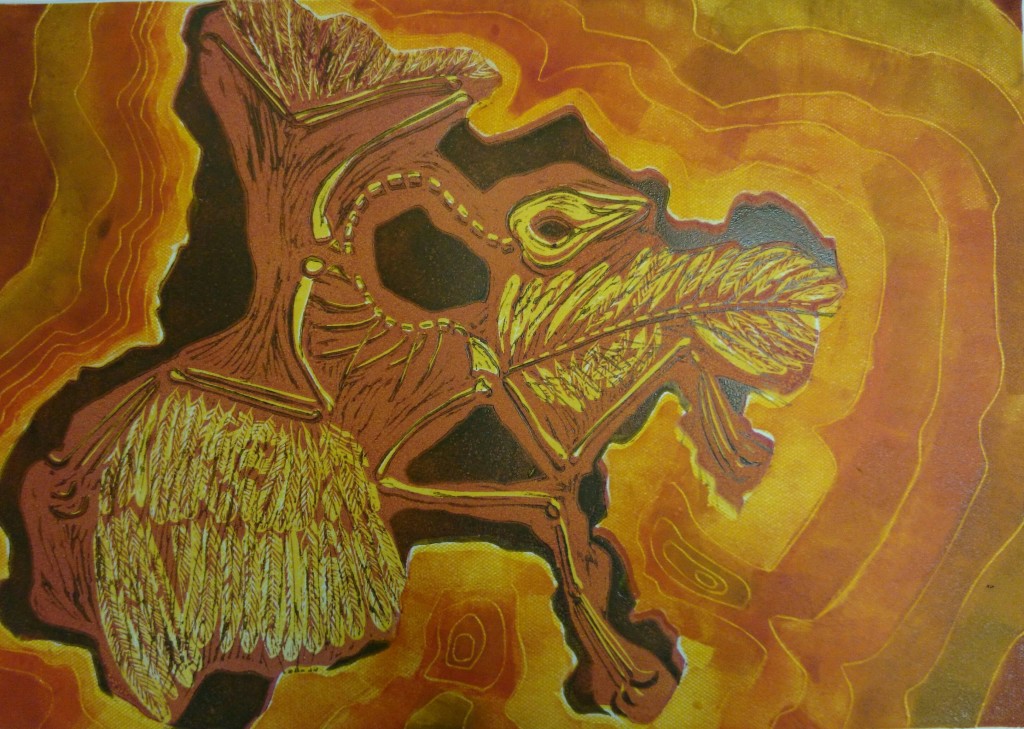 What good is armour when you want to fly? – inspired by the poem The Archeopteryx’s Song by Edwin Morgan To live on mist and fire and fly to the stars– inspired by The Archeopteryx’s song by Edwin Morgan. Some blessed Hope – Inspired by The Darkling Thrush byThomas Hardy A barrage of gannets – Inspired by Rhu Mor byNorman MacCaig 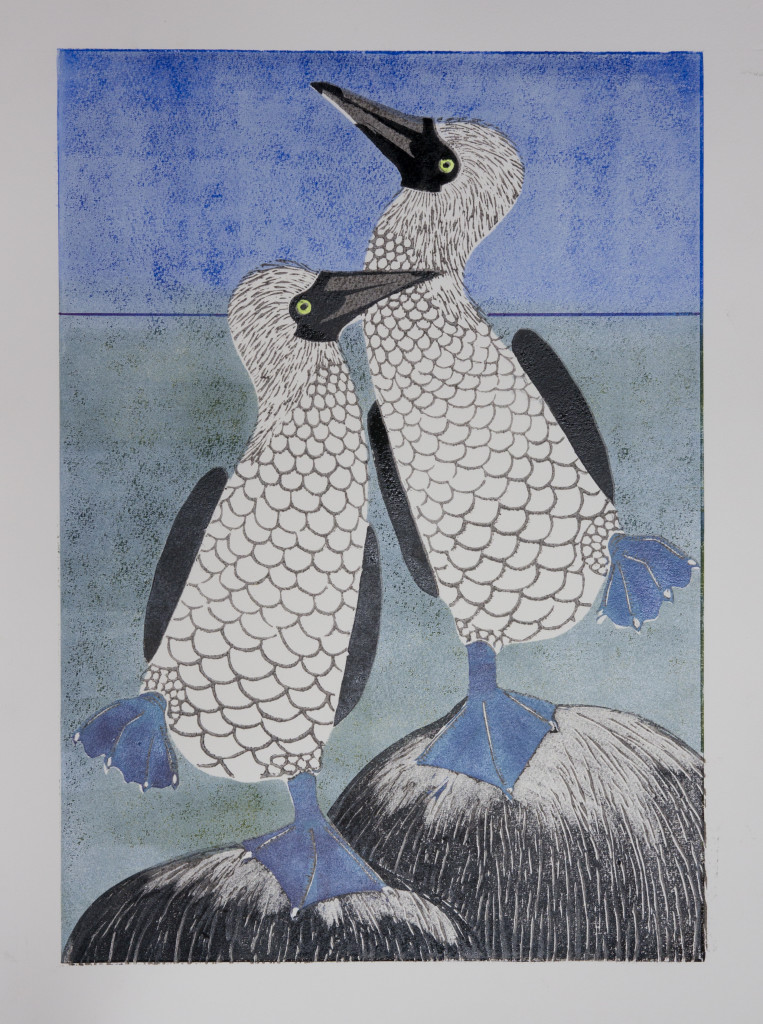 A magical effect – Inspired by The Blue Booby by James Tate 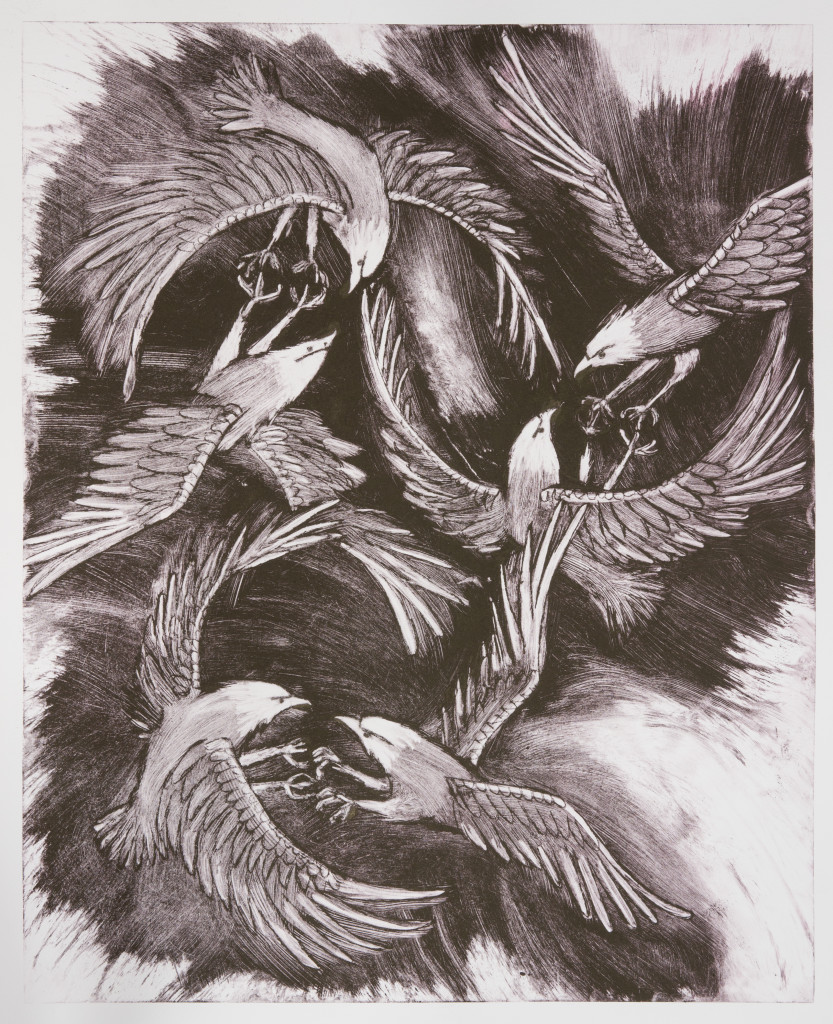 A living, fierce gyrating wheel – Inspired by The Dalliance of Eagles by Walt Whitman 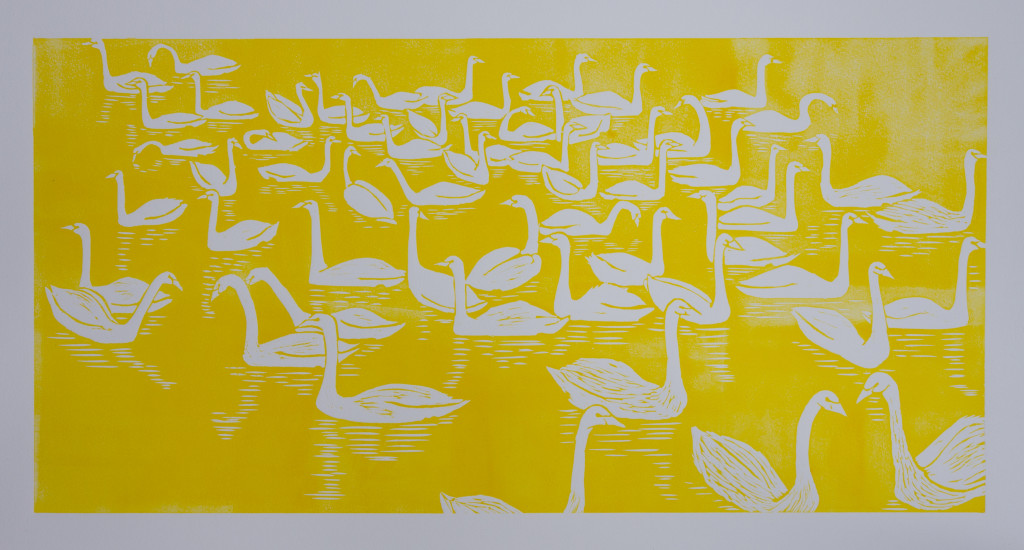 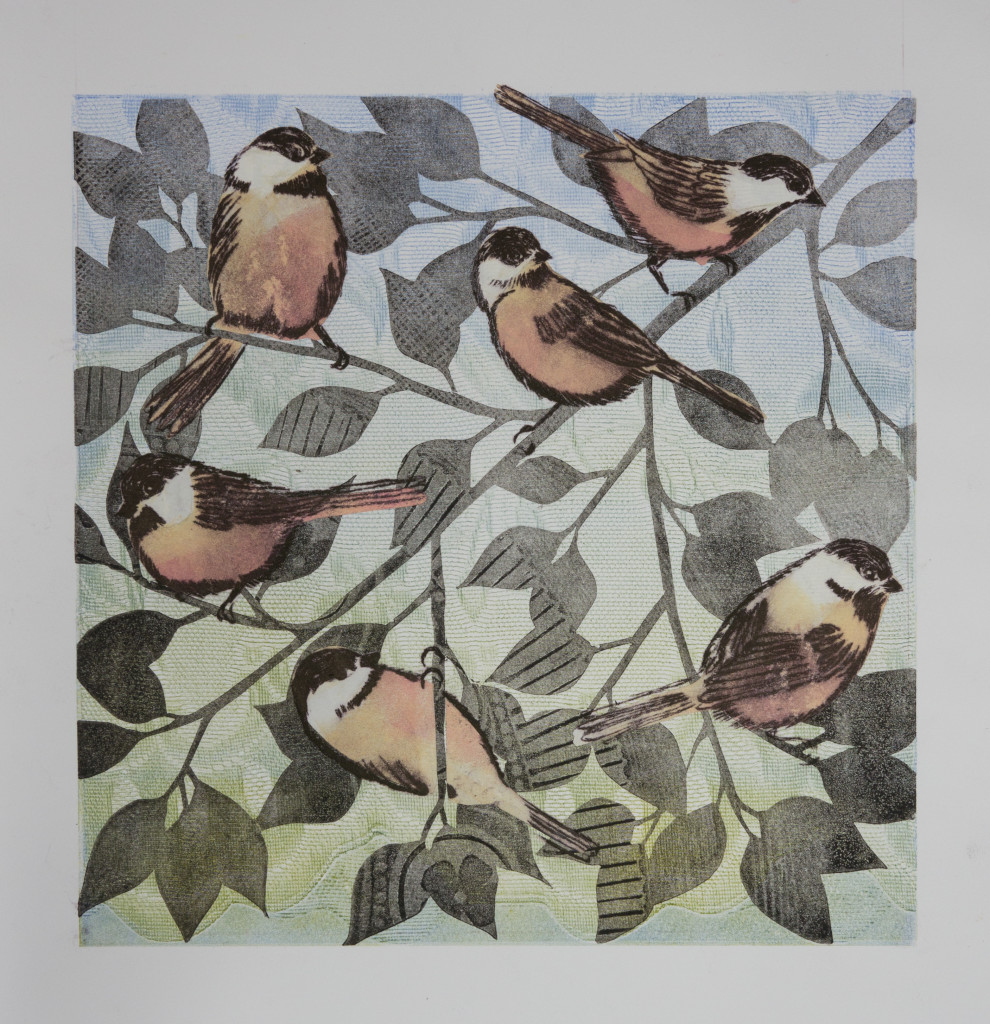 Instances of alertness – Inspired by Flit by Mark Doty Loud sing cuckoo – Inspired by Summer is ycommen in Traditional Flickering in sky summit – Inspired by Swifts by Ted Hughes A fine thing – inspired by Pheasant by Sylvia Plath

I Colour Variation is available £ 300 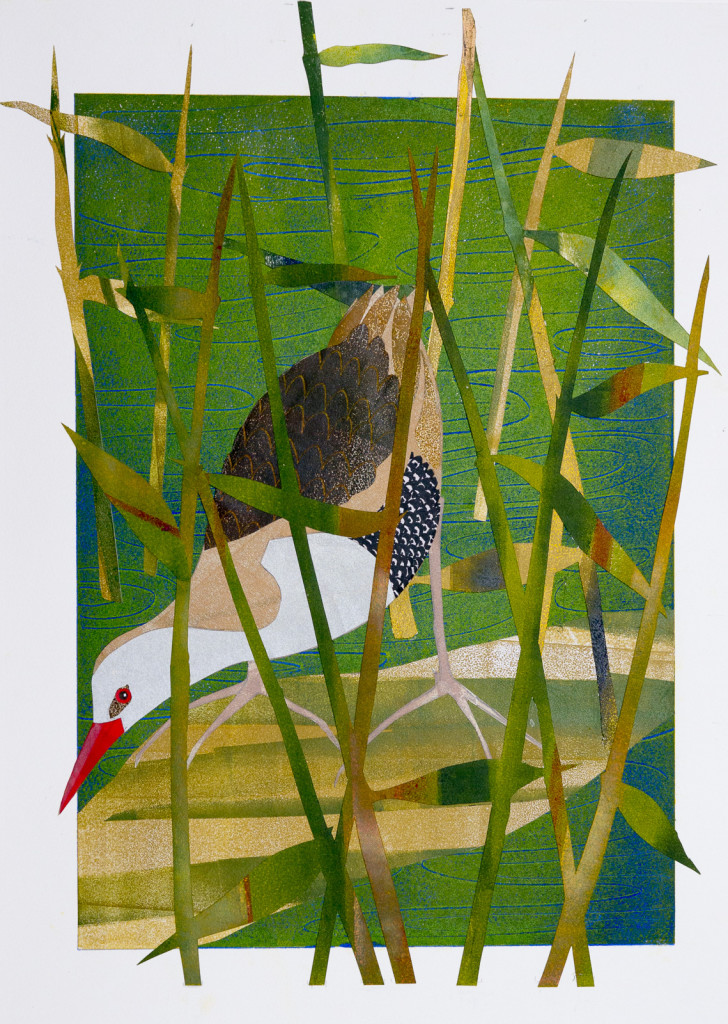