Mozart’s opera The Magic Flute is one of my favourite operas. It has wonderful music, a range of dramatic characters, brilliant spectacle, humour and solemnity, real pathos and a satisfyingly happy ending!

I decided to make four prints reflecting the two opposing philosohies and the two pairs of lovers. Sorastro the high priest of a society based on reason is at odds with the Queen of the Night, who is motivated by passion. Her daughter, Pamina, is taken under Sorastro’s protection and the Queen is set on revenge. The young hero Tamino falls in love with Pamina and undertakes the challenges by fire and water to gain her hand and membership of the priesthood. He is accompanied by the bird catcher Papageno, whose ambitions are less elevated, he only wants a female companion, a Papagena.

The Queen of the Night is seen in a shadowy landscape, she scans the distant horizon, restless and strangely powerless despite the menace of her swirling net. In contrast the realm of Sorastro is bright and hard, no room for compromise or doubt, the challenges seen almost in comic book form. Papageno’s beloved appears to him first as an old woman and only when he promises to love her does she change to a beautiful girl, seen in my print as a turtle dove. The final print of the four shows the resolution of the opera, the achievement of balance between the sun and the moon, the resulting scene is  an idyllic pastoral. The surrounding broken chain represents the discovery of true freedom. 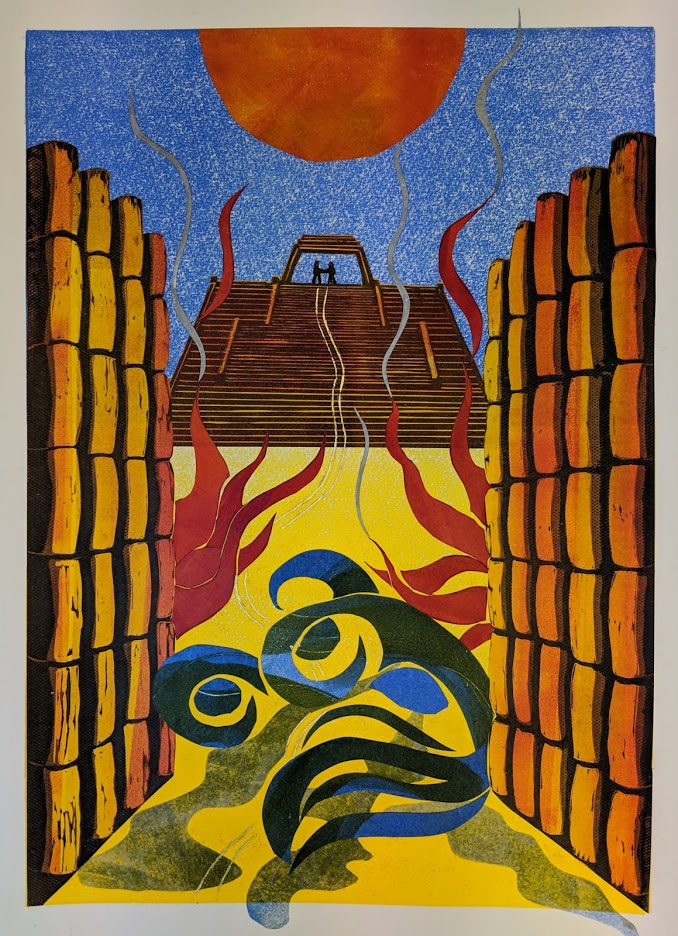 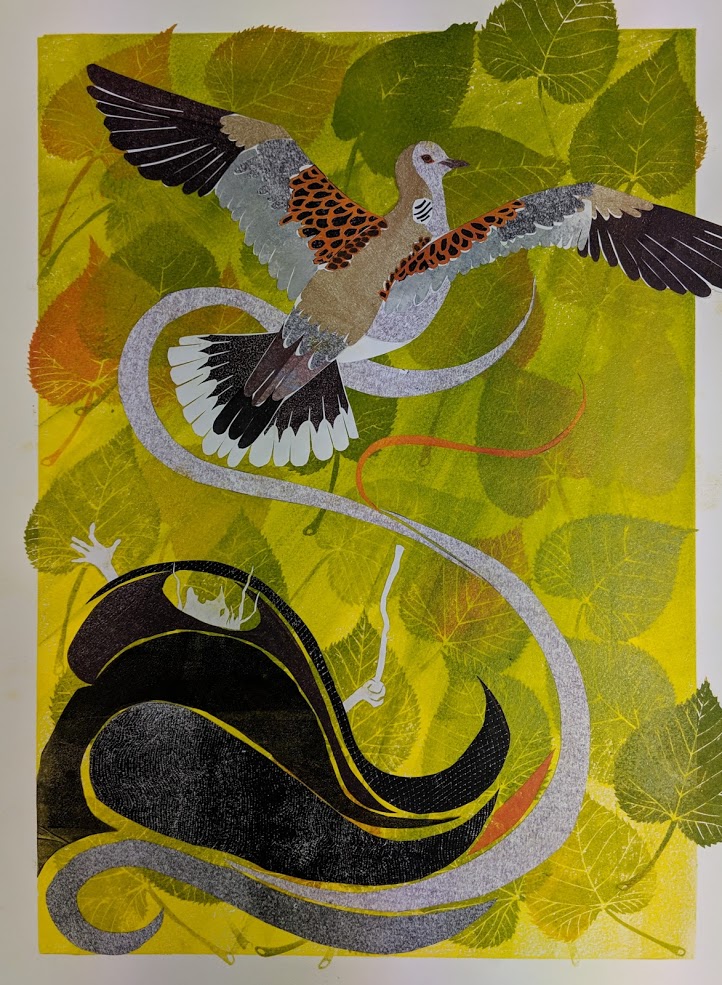 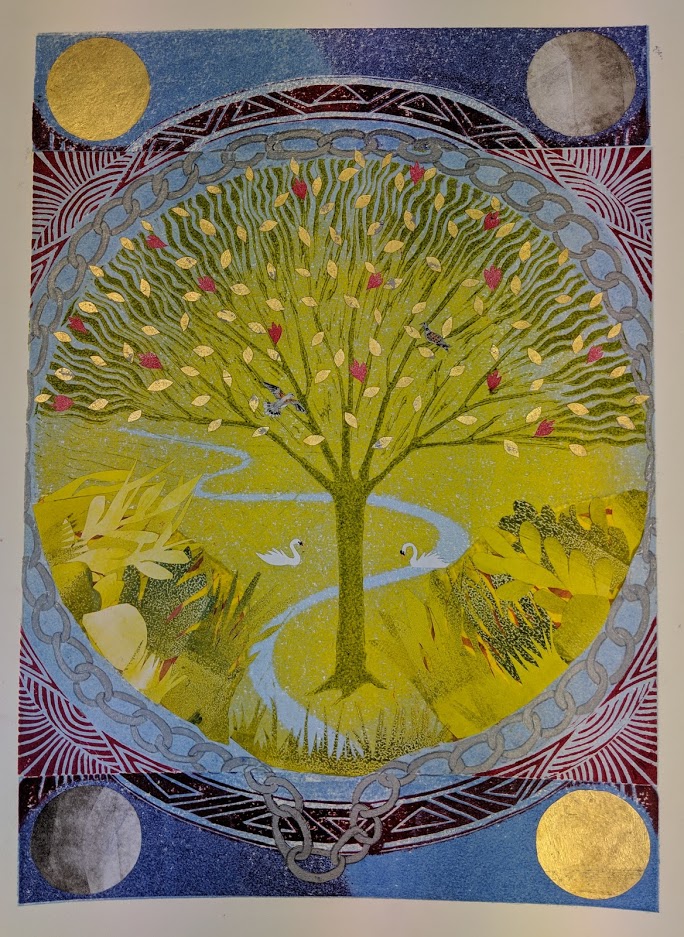